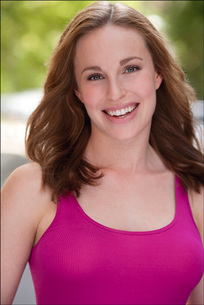 ​Eliza Sherlock-Lewis Tollett is a professional ballet dancer, teacher, and entrepreneur based in Los Angeles.

She is a native of Massachusetts and studied at Walnut Hill School for the Arts, spending summers at Boston Ballet School, School of American Ballet, and Miami City Ballet School. She began her professional career after high school, accepting an apprenticeship at Charlotte Ballet, and then at Richmond Ballet. In Richmond, Eliza had the opportunity to choreograph, and was inspired to move to New York City to become a more versatile artist. She continued to dance professionally with Cherylyn Lavagnino Dance and Buggé Ballet while completing her BFA in Dance from NYU Tisch School of the Arts.

Currently a dancer with Anaheim Ballet, Eglevsky Ballet, Thomas/Ortiz Dance, DagDag Dance, and C. Eule Dance, Eliza has had many incredible professional experiences. Some of the most memorable include touring The Nutcracker and Cinderella with New York Theatre Ballet, dancing the Sugar Plum Fairy in Artisan Dance Company's The Nutcracker, performing in The Sleeping Beauty with American Ballet Theatre at the Metropolitan Opera House, participating in Cherylyn Lavagnino Dance's residency at Kaatsbaan International Dance Center, and performing lead roles with Thomas/Ortiz Dance at venues around New York City and New England. Eliza has performed several times as a demi-soloist with Brooklyn Ballet, and in January 2017 she was a featured dancer in Secondary Dominance, an original opera which premiered at HERE Arts Center as part of the 2017 Prototype Festival. In August 2018, Eliza performed with The Merce Cunningham Trust as a featured dancer in Inlets​ as part of the Cunningham Centennial Celebration.

In addition to performing, Eliza is a dedicated ballet teacher to both children and adults. She has taught at several schools in the greater New York City area, and was the lead Ballet Instructor at Greenwich House Music School. In October 2017, Eliza founded The Ballet Spot, a unique ballet fitness program, which makes ballet accessible to adults of all backgrounds and experience levels. Eliza interned at ABT's Jacquelyn Kennedy Onassis School, and is now an ABT® Certified teacher, who has successfully completed the ABT® Teacher Training Intensive in Pre-Primary through Level 5 of the ABT® National Training Curriculum.

Eliza is very grateful for the professional experiences she has had so far. As she continues to dance professionally and teach ballet to dancers of all ages and levels, she looks forward to expanding her horizons by pursuing many more versatile opportunities. 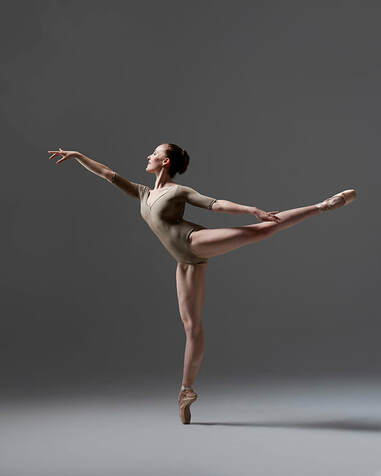